I’ve been shooting surf photography for 14 years now, first starting out with a Canon 350D and Delmar housing. Over the years I stuck with Canon, upgrading to a 40D, and eventually a 1D in an Aquatech housing (before I started building my own housings). However, nothing in the camera world has got me more excited than when I stumbled across the Sony A6000.

A lot of DSLR shooters underestimate, or simply ignore the A6000 as a professional surf photography camera. To many, higher quality is associated with larger cameras, with the beast-like, Canon 1DX leading the charge.

On the surface the A6000 might seem like a simple point-and-shoot toy camera. However, there is no denying that mirrorless cameras, such as the A6000, have been making a big impact on the photography market over the past few years and there are a bunch of people embracing it with open arms, despite many critics. 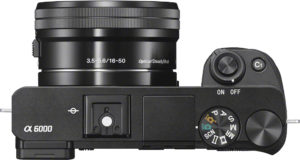 Sony, in particular, has been at the cutting edge of mirrorless tech, providing not only amazing specifications, but also continually improving the quality and range of lenses available for the Sony E-Mount system.

Below are my thoughts on why I switched from Canon, as well as providing some advice and opinions on how to best utilise the A6000 for surf photography.

It can be a hard transition if you have strong brand loyalty and/or a camera bag packed with thousands of dollars of Canon lenses. I must admit that even I was vulnerable to Canon brand loyalty years ago. A colleague was showing me his brand new Sony A7 and I was quick to dismiss it as inferior to the 60D, which I owned at the time (yes, I was quite naïve!). It wasn’t until a year or so later that I finally saw the light and the advantages that the Sony Alpha cameras had to offer.

Sorry Canon, you do still have undeniable qualities but the best thing I have done in my photography career has been switching to Sony.

One of the biggest advantages of the A6000 is its small size and minimal weight. When compared side-by-side with something like the Canon 7DMK2, it becomes quite apparent how compact the Sony actually is. The small size of the A6000 also means a potential for small water housings and makes it the ideal travel companion when camping or hiking. 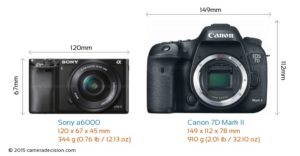 Both cameras have the same size APS-C sensor, although people are quick to argue that the 7DMK2 still produces a better image (more on that later – see Lenses).

Sony stepped it up even further with the release of the A6300 and A6500, providing 4K, but more importantly 120fps at HD video.

Sony can thank social media big-wig, Chris Burkard, for inspiring my decision to make the switch (and many others photographer’s as well).

Stick a good lens on it!

I have found that one of the key factors to getting a ‘Canon-quality’ image from the A6000 is the lens. In my opinion the basic Sony kit 16-50mm lens will not provide the image quality people hope to achieve from the A6000, particularly when comparing it with the 7DMK2 and a nice piece of Canon glass.

There are adapters out there to stick Canon lenses on the A6000, however they have been known to produce less than ideal results with autofocus They also add extra bulk to the setup, as Canon lenses are typically larger than the E-Mount lenses, which almost defeats the purpose of using an A6000.

There is an ever-growing range of lenses available for the E-Mount A6000 at prices suitable for all budgets.

I’m also looking to add the Sony 55mm 1.8 to my kit to close the gap between the 35mm and the 70-200. I carefully chose my lenses to provide a high quality, relatively affordable and versatile setup. My favourite go-to lens in this setup is the Batis 25mm f2.

Some popular lenses for surf photography with the A6000 include:

One of the biggest complaints with A6000 shooters is the limited battery life, and yes there is no denying that it is worse than a DSLR. This is mainly because of the viewfinder and/or LCD screen constantly chewing power.

In my experience shooting stills, I have been getting 1.5 hours per battery. Personally, I have no issues with the battery life and often joke that I get hungry and need to swim in for a bite to eat before my battery runs out.

There are a few tips that you can use to improve the battery life:

Some say that the EVF actually uses more power than the LCD monitor, however this is of no help when shooting in the water, as the LCD is fairly useless when trying to frame a shot through a housing.

A frustration I have with the A6000 is that a camera will not enter sleep mode if the EVF eye sensor is triggered. When the camera is inside a water housing the eye sensor is constantly triggered, so the camera won’t sleep, wasting a whole lot of battery life. I’ve run tests and determined that the eye sensor will activate when an object is within 100mm of it, therefore it will be an issue with any housing. I’m interested to know if anyone has a solution to this?

Most housing manufacturers are now offering A6000 housings. Ben from ‘Learning Surf Photography’ has created a great round-up of all the currently available A6000 housings.

With all the options available on the market there is something out there for everyone at a range of price points. Each offering has different features that will appeal to different people, so when selecting the right housing for you it really just comes down to personal preference and what features you value highly.

I’m proud to say that Salty Surf Housings had the first ‘off-the-shelf’ A6000 housing on the market, and that we are constantly adding new products to support our housings. 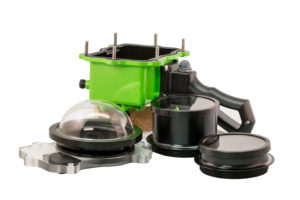 At Salty Surf Housings we pride ourselves on our superior housing durability without compromising on weight or functionality. Some of the features/ highlights with our Salty A6000 housings are: 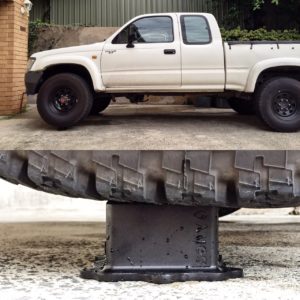 Chris Burkard is probably the most well-known Sony shooter. He has been shooting on Sony cameras for a long time now and is a proud ambassador of the brand. A quick scroll through his Instagram feed will prove to you just how capable the Sony system is. He also has a great video shot by dpreview.com where he runs through some of his favourite aspects of using the A6000 for surf photography. I’m stoked to say that he has now upgraded from his Meikon to a Salty Surf Housing for his A6300.

We also support a bunch of other Sony photographers including:

Whilst this article is focused on the A6000, the majority of the information also relates to the A6300 and the newly announced A6500.

A common question is whether it is worth upgrading to the A6300 or A6500? I do not have a clear-cut answer for this. It really depends on your situation and what you want to do with the camera Here are a few possible scenarios and the outcome I would suggest:

The only major differences in specs of the A6300 compared with the A6000 is the addition of 4K video and 120fps in HD. The A6500 adds in camera stabilisation and a crazy big buffer. Sony also claim slight improvements with the autofocusing on the A6300 and A6500, however the A6000 is already pretty fast, so it’s hardly noticeable.

Outside of specs, a notable improvement for me is the build quality of the A6300. At first glance both cameras look the same but Sony have really tightened tolerances and improved the feel of the A6300. Its magnesium body is noticeably more solid than the A6000s plastic shell, making the A6300 feel like a better quality camera when in your hand. The lens mount is also a lot tighter than on the A6000, and there are some minor changes in the side port cover and surface finish.

After shooting with the A6300, the A6000 will feel lacklustre in build quality, however still holds strong with image quality.

In my experience, Sony have beat out Canon in nearly all aspects of camera design and performance/functionality. Coupled with some decent lenses and a good housing you will be shooting professional quality surf photos that rival the guy or girl shooting next to you with a 5kg 7DMK2 setup.

Price to punch, the A6000 is a great little camera. If you can afford it, then the A6300 or A6500 are slightly better options with improved build quality and specs that might be of use to some. The average battery life of the Sony is a small price to pay for an affordable, lightweight setup, that is, in my opinion, the future of surf photography.